Debates around evidence-informed teaching and attempts to convince others using evidence often remind me of various episodes in my life outside teaching. In this series of posts, rather than focusing on the specifics of evidence-informed teaching, I make four observations about evidence being used to influence actions in non-teaching contexts. I think these observations remain valid regardless of context. I initially drafted this as one rather long post, but I’ve now split it into four parts—one for each of the observations:

Consider this (very simplified!) story about my friend, who we’ll call Alice. Alice is concerned about climate change. It is therefore not too surprising that she has found herself in a job that involves her promoting renewable energy to the public and to policy-makers.

The idealist in Alice wants to communicate, in a convincing manner, the key facts from climate science to her audiences. An audience convinced by the science would not only be more supportive of renewable energy projects, but of other projects that can also limit the rate of climate change.

The pragmatist in Alice notes that she’s sometimes faced with climate sceptics. She knows, however, that such people are more likely than the average person to be motivated about matters of national security. By focusing on the amounts of crude oil and gas we have historically imported from countries like Russia, Alice can highlight how increasing our renewables capacity can make us more energy-secure. Thus she may garner support for renewable energy amongst key policy-makers even though they remain sceptical about climate science. The pragmatist in Alice accepts that we don’t live in a perfect world.

The word vegan was coined in 1944. For decades thereafter, minimising cruelty to animals would have been the main reason most vegans took the decision to adopt the lifestyle. To this day, there remain many vocally evangelical vegans that continue to cite animal cruelty as the principal reason for others to become vegan.

Over the last couple of decades, however, environmental issues, including (but not limited to) climate change, have led prominent organisations and individuals to pronounce that society would do well to reduce its reliance on meat and dairy. There have also been an increasing number of studies about the health implications of a vegan diet. Results from some studies may well have influenced athletes and celebrities such as Carl Lewis, the Williams sisters, Novak Djokovic, Lewis Hamilton, and Natalie Portman (for at least parts of their careers) to adopt vegan diets.

While many vegans earnestly feel strongest about the animal welfare arguments, such arguments do not appeal to everyone. There is plenty of evidence to suggest that the recent rise in interest in veganism (evidenced by the proliferation of vegan foods in shops and restaurants, and coverage about veganism in the media) is at least partly down to people that have been influenced by the environmental arguments or inspired by the health aspects.

Indeed, I would also suggest that the phrase plant-based has come into vogue because the word vegan is indelibly associated with the [negative, cruelty-focussed] animal welfare arguments that seem to irk so many, while plant-based is easier to associate mentally with positive concepts like the natural environment and healthy eating.

In the following posts… 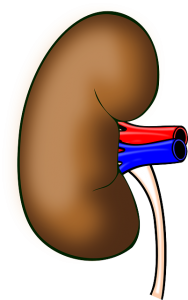 I shall post the remaining three parts, one at a time, over the coming days.